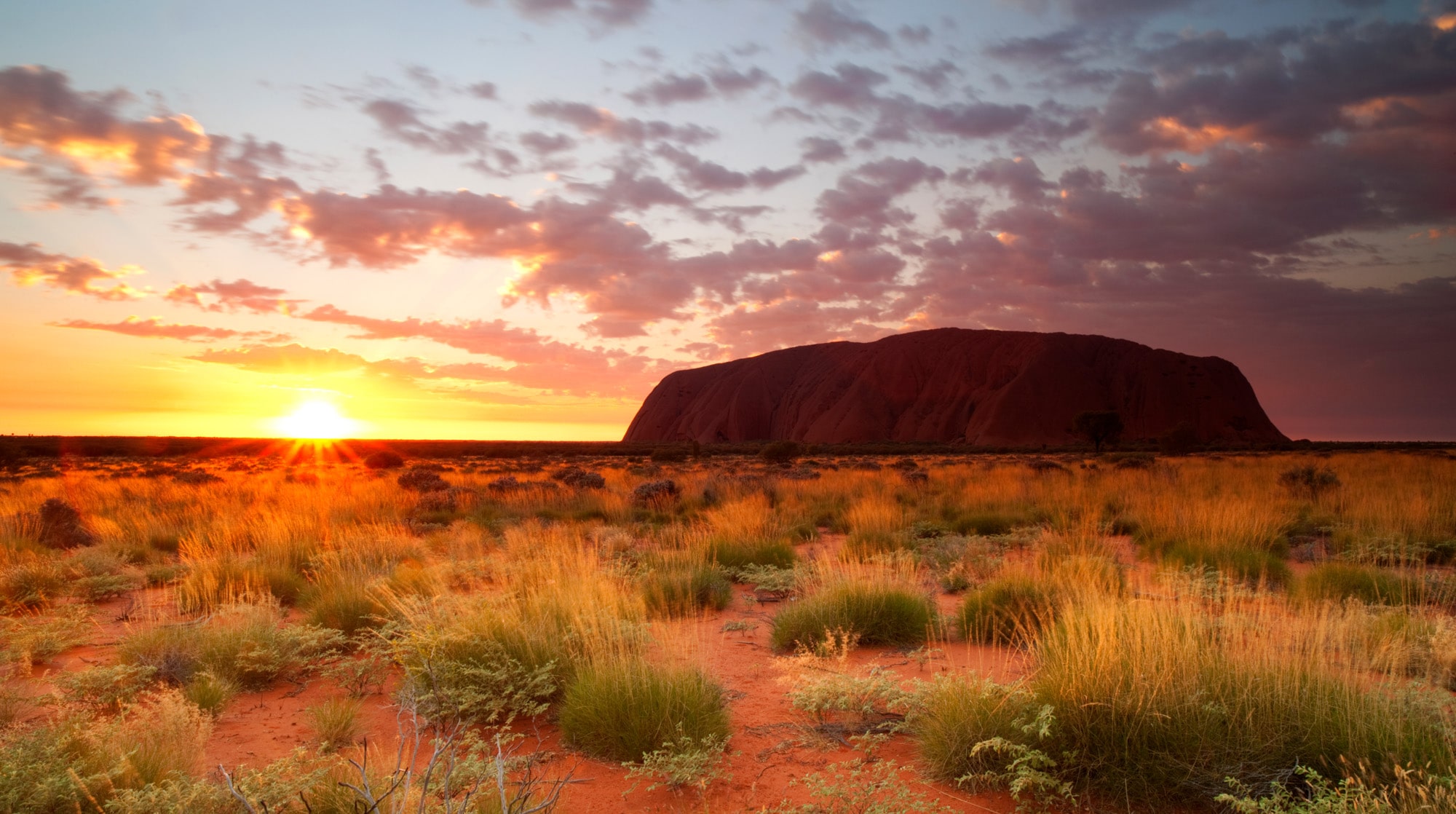 Beautiful beaches, outback adventure, world-class food, stunning architecture, award-winning wine regions, nature, wildlife, rich Aboriginal heritage – Australia has it all. Whether you’re looking for a glamorous city vibe where you can party ’til dawn or want to lose yourself in the mysterious, undiscovered Northern Territory, it’s all here for your enjoyment. If you want a unique, tailor-made adventure, why not consider a tour that will allow you to see all the main destinations.

Australia is a huge country, but they are some places you just won’t want to miss.

The Great Barrier Reef is home to the largest coral reef system and the largest living structure in the world. It is also one of the Seven Natural Wonders of the World and a UNESCO-listed heritage site.

Ayers Rock (The sacred Uluru) which is a majestic sandstone rock that rises out of the Northern Territory.

Sydney, many say this is one of the best cities in the world.  The country has a thriving sporting and arts scene, and architecture plays a huge part in the city’s identity, with Sydney Harbour Bridge and Sydney Opera House being some of the most iconic buildings in the world. Combine this with the city beaches, shopping, culture and nightlife and you can see why its such a great city.

Melbourne & Victoria.  While Melbourne’s climate may be a little cooler, it doesn’t stop people from enjoying the numerous pavement cafes and bars in the bustling districts of Fitzroy, St Kilda, Camberwell, Southbank and South Yarra.  For many they want to enjoy the nature wonderland of Philip Island with plenty of attractions for wildlife fans and adventurers, including the famous Penguin Parade and Koala Conservation Centre.

Adelaide and South Australia -The city has a thriving live-music scene and also hosts major sporting events and festivals throughout the year. The recently refurbished Adelaide Oval is one of the best test cricket grounds in the world and should be top of the list for cricket fans. The city is a good jump-off point to discover some of Australia’s world-famous wine regions too, with more than 200 wineries on Adelaide’s doorstep. The Barossa Valley is well established, but Kangaroo Island has recently emerged as one of the region’s most exciting wine producers.

The wild Northern Territory is where you can discover the history of Australia’s oldest inhabitants whilst viewing incredible examples of Aboriginal rock art. With its cosmopolitan party vibe, Darwin is a mecca for backpackers and the place where most tours depart into the outback. No trip to the region would be complete without a visit to Kakadu National Park – here you can swim at the foot of tumbling waterfalls, view ancient rock art and hike though the outback; if you are lucky you might even see a crocodile while you’re there!

Perth and Western Australia – The city that boasts 3,000 hours of sunshine a year.  Here you will find an array of bars, galleries, restaurants, cafes and cultural events that are fast becoming the normal rather than a one-off. It’s a clean, pristine city with a great public transport system that makes it easy to get around. Outside of Perth, nearby attractions include the white beaches of the Indian Ocean, the ancient desert sculptures of the Pinnacles in Nambung National Park, the Kimberley – known for its dramatic geological features – and Margaret River, home to excellent wineries and huge stretches of unspoiled, uninhabited beaches, perfect for whale watching and surfing

Australia’s seasons are almost the opposite to the UK.  Conditions vary greatly around the country, which is the size of Europe.  Winter runs from June to August, things will be a little bit cooler, rainy days around the south and mild days in the north but even during these months the temperature is still very pleasant.  Summer runs from December to February, you can often see temperatures as high as 35C, so very hot.  We would recommend the best time too visit is the spring (September−November) or autumn (March to May).

Wildlife is in abundance in this vast country

Kangaroos, koala bears, dingoes, wombats, platypus and wallabies are all native to Australia. Great White Sharks are also known to inhabit the waters off Australia. Then, of course, there’s the Great Barrier Reef that stretches 2,300km along the Queensland coast. The reef is home to over 1,500 species of fish, 411 types of hard coral, one-third of the world’s soft corals, 134 species of sharks and rays, marine turtles and over 30 species of marine mammals.

Made up of two islands, the North & the South, New Zealand sits in the Pacific Ocean and if it’s not on your travel list, it should be! National parks, snow-capped mountains and beautiful beaches, the islands really do have something for everyone! The best time to visit New Zealand would be from December through to March where temperatures are between 16-24 degrees Celsius, perfect for the copious number of outdoor activities on offer! On the South Island you are likely to experience snow from June to September, as well as in the mountainous areas on the North Island. This makes for a great destination to ski!

Some popular things to do while visiting include taking a tour on a glass bottom boat at Goat Island Marine Reserve, catch a ferry from Auckland to Waiheke Island to have a day in paradise full of white sandy beaches, olive groves and vineyards! There are many thermal pools to be found in New Zealand, great for relaxation and wellness, a popular choice is at Rotorua although many can be found amongst the forest land!

It takes a lot of planning to visit which is why we are here to help!

Sorry, we don’t currently have any offers for Australasia. 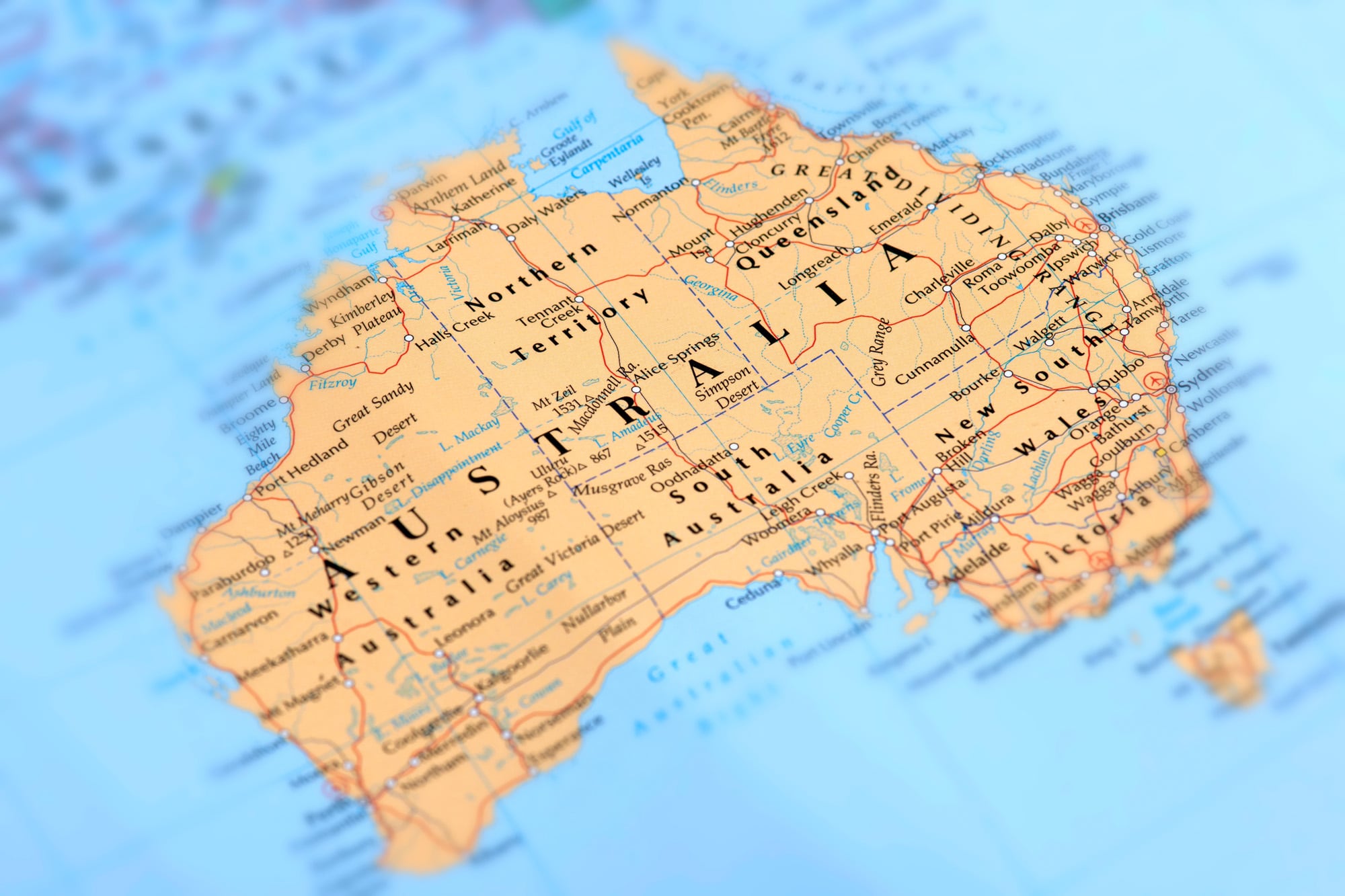 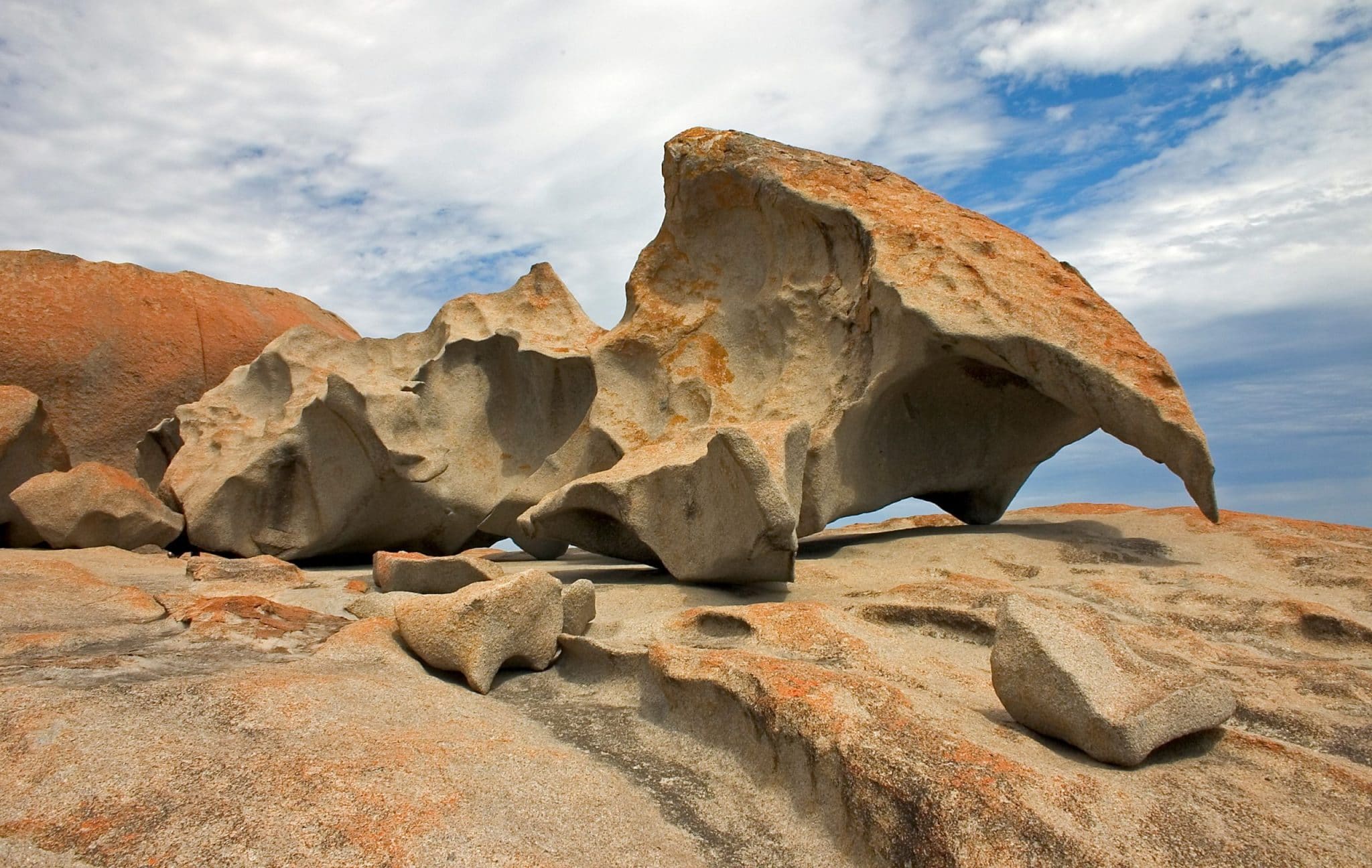 For now, we have temporarily closed our boutique shop on Over High Street. We are all safely working from home, on hand to help with anything you may need.

To see a selection of our brochures please click here, for any others please get in touch with us below.